He agreed to give her his genes. He didn’t expect to lose his heart…Here comes THE BABY PROJECT by Miranda Liasson… 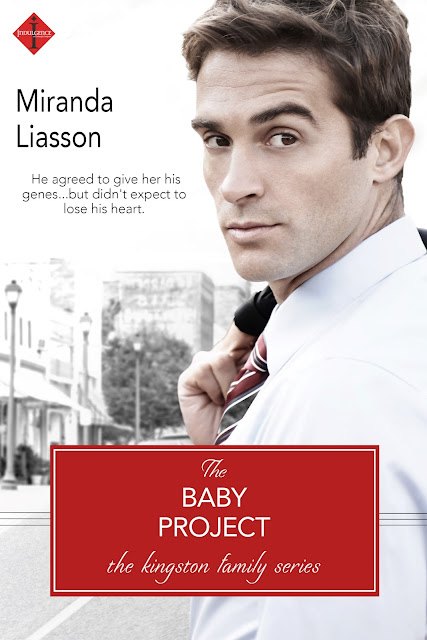 Pre-Order Your Copy Now!
On Sale in Digital: September 4, 2017
Amazon

Excerpt:
Liz wanted him for the most unflattering reason: because she knew he’d flee without a doubt. “So you want me to donate my sperm—into a test tube?” Grant could hardly say it. He could hardly believe he was having this discussion. The idea was utterly ludicrous.
“This would be a one-time thing, the perfect arrangement. You’d give your sample and walk away. Easy-peasy.”
“You mean create a child and walk away?” Somehow, his brain felt numb. He was having difficulty wrapping his head around it.
“Well, I wouldn’t want you to think of it like that. You’d donate a sample and I’d do the rest. You’d do it as a favor to me. No strings attached. No responsibilities, no worries, and no claim to fatherhood. There’d be no need to tell anyone that you’re the father. And Dottie will be moving away soon, so there’d be no need to say anything to her, either. You’d just go back across the world to your job and forget about me. Simple, yes?”
He struggled not to physically wince at her words. How little she thought of him. But then, he’d given her no other way to think. He’d been a no-show. He plowed his fingers through his hair. God, he should never have come here. What had he been thinking, getting tangled up with her again? The intensity of his feelings for her had caught him by surprise—all it had taken was one glance at those big, dark, pleading eyes, her lovely full lips, her vivaciousness, her compassion, her sarcasm…
He’d known he was in trouble from the second she’d tossed her tea at him. The same stirring, the same wanting that he’d fought so hard to forget, it had all come avalanching back.
And God help him, he wanted her now, just as he had on all those hot, humid African nights. Yes, he’d admit it—he’d wanted to see her. To know how she’d been. To say he was sorry.
What a fool he was to think that that would be enough.
Yet what could he really offer her? He was at the top of his game as a reporter, recognizable around the world, always ready to go anywhere at a moment’s notice. He had no family, no home. He was as domesticated as a Bengali tiger.
“So will you consider it?” she asked.
He opened his mouth to say no.
“I desperately want this, Grant. It’s my last chance to become a mother.”
Damn her for turning to him with those big doe eyes, with that pleading look that gutted him. That had the effect of rendering him utterly helpless. If he had any sense at all, he’d flee into the house and take cover immediately.
This seemingly simple request was surely fraught with a million complications. If he was wise, he’d simply say no immediately and cut this ridiculous discussion off at the pass.
He tried to avoid eye contact but like a wreck on the side of the road, he couldn’t turn away.
The answer was no. It would always be no. But he couldn’t bear seeing the hopeful expression she wore.
One look at her and he understood down to his marrow exactly what he was seeing in her eyes. Longing, yearning, desperation. She was asking him for something so simple and yet so life-changingly complex.
He’d have to disappoint her, of course. He’d be out of his mind to say yes. The word no formed in his throat, one breath away from being expelled through his lips.
“Let me think about it,” he found himself saying instead. 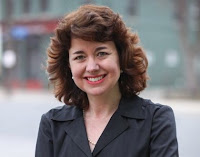