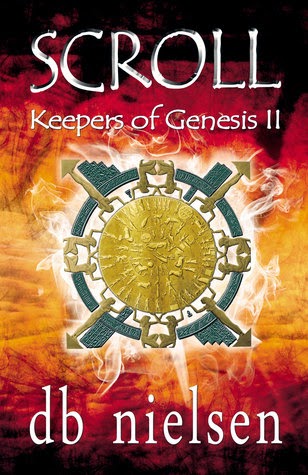 
Seventeen-year-old Saffron Woods is haunted by strange voices as if from a distant past. With the SEED’s sentience awakened, these mystical voices intensify, forcing Saffron to acknowledge that she has also inherited its legacy of dark secrets, intrigue and death. Venturing out alone, Saffron is driven to locate an ancient manuscript charting the location of the only undiscovered Wonder of the Ancient World, the Hanging Gardens of Babylon, gateway to the Garden of Eden. But last seen in the Library of Alexandria, the SCROLL is long thought to be lost.
Saffron meets Finn, the compelling caretaker of Satis House who appears to know more than he is willing to reveal. Knowing she cannot trust him, Saffron is drawn to this rebellious figure who seems to both threaten and protect her. But her feelings for Finn are complicated by the charming yet inscrutable Anakim, Gabriel Chevalier, who offers her his invaluable assistance in locating the elusive manuscript.
Torn between competing passions and facing an increasingly implacable enemy, the Grigori, Saffron struggles to find the SCROLL which holds the secrets to the past and the key to the future…

db nielsen was born in British Hong Kong and immigrated to Australia in childhood. db likes to travel the world with family; dividing time between residing in Sydney and visits to the cathedrals, crypts and museums the world over, doing research for new projects. The author is a university lecturer in Linguistics and Semiotics, and continues to teach English Literature and Language whilst writing fiction.

This tour was organized by Good Tales Book Tours.