Blog tour - The Way It Hurts by Patty Blount

In Patty Blount's THE WAY IT HURTS, two teens’ quest for fame goes terribly wrong when a single tweet goes viral and the online backlash follows them into real life. Fans of Gayle Forman's If I Stay will like how main characters Elijah and Kristen bond over their music in this edgy, real world contemporary young adult read that examines the impact social media has on the lives of today's youth.

Patty Blount is offering one (1) lucky winner a $50 Amazon Gift Card! To enter, simply fill out the Rafflecopter below:

About The Way It Hurts: 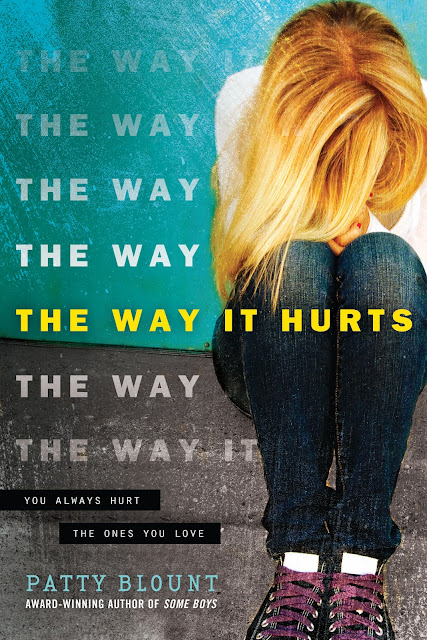 There may be two sides to every story, but sometimes there's only one way to set things right...

Music is Elijah's life. His band plays loud and hard, and he'll do anything to get them a big break. He needs that success to help take care of his sister, who has special needs. So he'd rather be practicing when his friends drag him to a musical in the next town...until the lead starts to sing.

Kristen dreams of a career on stage like her grandmother's. She knows she needs an edge to get into a competitive theater program--and being the star in her high school musical isn't going to cut it. The applause and the attention only encourage her to work harder.

Elijah can't take his eyes off of Kristen's performance, and snaps a photo of her in costume that he posts online with a comment that everybody misunderstands. It goes viral. Suddenly, Elijah and Kristen are in a new spotlight as the online backlash spins out of control. And the consequences are bigger than they both could have ever imagined because these threats don't stay online...they follow them into real life.

Advanced Praise for The Way It Hurts:

"Blount writes authentically; both protagonists’ voices are distinct. The author explores the rapidly consuming world of social media and how it affects relationships online and in real life. A relevant read and must-have for all YA collections." – School Library Journal

"THE WAY IT HURTS draws our attention to the joy, heartache and confusing contradictions that arise as we try to find our place in the real world and the virtual one." – Kimberly Sabatini

“Elijah and Kristen’s personal evolutions through the novel, along with their chemistry, feel as authentic as the conflicts they face. A genuine plot filled with steady tension that will keep readers hooked.” – RT Book Reviews

“This book sensitively covers topics such as sexism, handicapping conditions, communication, and ageism. Agency is also shown when Kristen says she wants to pursue studying in a conservatory rather than continue in the band and the three young men acknowledge her wish. Talking about what bothers us rather than trying to guess another person’s feelings is demonstrated through the actions of the characters. The characters’ issues are eventually resolved through hard work and understanding, making this an interesting and informative read." – School Library Connection

Elijah took my hands. “Okay, look. Maybe you’re right. Maybe these people are taking this whole battle thing way too seriously. If you’re scared, then we’ll stop. No more posts except for appearance information.”
“So no more battle of the sexes, no more make Kris scream?”
He held up his hand. “Swear to God.”
“Okay.” I sighed in relief. “You’d really do that?”
He leaned closer and repeated the vow. “I promise, Kris.”
And just like that, I forgot why I was mad at him. I couldn’t talk, couldn’t breathe, couldn’t even blink because I was afraid he’d let go. This was the part of him I adored. I clung to him for a long moment, and when his gaze drifted to my mouth, I wondered if—hoped—prayed—he’d finally kiss me.
And then, Etta’s voice suddenly spoke inside my head. “Well, my God, darling, it’s the twenty-first century. What on earth are you waiting for? You can kiss him.”
I could. Yes. Yes, I could just lift my head and lean in and kiss Elijah Hamilton like it was a normal, ordinary occurrence.
Right. Like kissing Elijah Hamilton would ever be ordinary?
I’d watched him kiss that girl at the mall and was sure I’d memorized all the steps in his routine. He’d move in, grip my face between his hands, run his thumb along my jaw, and finally, glide his arm down around my body, pulling me against his own, all the while, peeking through his lashes to see if I enjoyed it.
I wasn’t sure when I decided—even what made me decide. I just touched my lips to his and waited.
It took a second or two. But then there was a sudden, tiny squeak from him, and I felt the pulse in his wrist leap under my fingertips.
And then, his hands were in my hair, angling my head just the way he liked it, his tongue brushing against mine, so soft it might have been my imagination...except imaginary kisses were never so intense. He kissed me like I was a song he wrote, lips wrapped around every word until it hummed with hidden meaning and promise, and his hands held me the way they held his guitar—like the music would stop if he let me go.

Copyright © The Way It Hurts by Patty Blount 2017 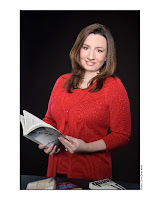 Native New Yorker Patty Blount is the award-winning author of several critically acclaimed internet issues novels for teens as well as a few adult contemporary romances. She is inspired to write by such greats as Judy Blume, JK Rowling, and Gayle Forman. In fact, Judy Blume is the reason Patty elected to write under her real name…so she’d appear on shelves next to her idol. Patty adores writing; she’s written everything from technical manuals to song lyrics (see THE WAY IT HURTS, coming August 2017). Patty wants you to know she loves chocolate…really, really loves chocolate.

When not crushing on actors Gilles Marini or Sam Heughan, Patty can be found sitting in traffic somewhere on the Long Island Expressway, listening to audio books or talking wildly to herself about plots and characters. Prone to falling madly in love with fictional characters, Patty suffers frequent broken hearts when they all invariably prefer the heroine to her… go figure. When she’s not writing, Patty loves to watch bad sci-fi movies and live tweet the hilarity, and scour Pinterest for ideas on awesome bookcases. Patty lives on Long Island with her family in a house that, sadly, lacks bookcases.