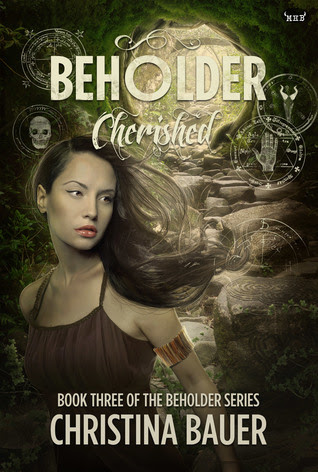 For Elea, there’s never been a better time to turn away from witch life. The Tsar is in exile. The Vicomte is dead. And Rowan? Falling for him only broke her heart. Instead of casting spells, Elea spends her days running Braddock Farm and enjoying the flirtations of the very handsome and non-magical Philippe. Everything is going perfectly, except for one problem.

Someone’s trying to kill her.

Shujaa is a Changed One, a Creation Caster mage whose mutated form makes him invincible in battle. Now that the Tsar and Vicomte are gone, Shujaa wants to rise and rule. To do so, he must eliminate all those powerful enough to oppose him, and Elea is top on his list. Anyone who offers her aid quickly ends up dead.

In the end, there’s only one person who can keep Elea safe while helping her defeat Shujaa: Rowan. Like it or not, Elea must team up with her old love. With Philippe along for the ride, Elea plans to team with Rowan without losing her heart this time. But that’s when all her plans fall apart…

Review:
Cherished by Christina Bauer is the 3rd book from the Beholder series and is as exciting as the other two books that came before it. I've been reading from book 1 and it just keeps getting better and better.

Elea and Rowan had sent Viktor into exile at the end of the previous book and now Elea is trying to be a normal farm girl. However a threat had showed up near her farm and Elea had to resolve to using her Magick again, after she's sworn off it.

The only way to beat this threat was to team up with Rowan again and Elea really was very reluctant to do so. However, in the name of greater good, she would have to. While Elea spent her time at Rowan's castle, she got to know his family members especially his little brother Jicho, who was a very interesting character to say the least.

There was indeed some romance between Elea and Rowan but I wished there was more! Hopefully we will get more of that in the next book...

Monster House Books is celebrating the launch of the ebook version of CHERISHED! As a result, the first two books in the series are specially priced for a limited time! To find out more, visit: http://monsterhousebooks.com/blog/cherishedpromo 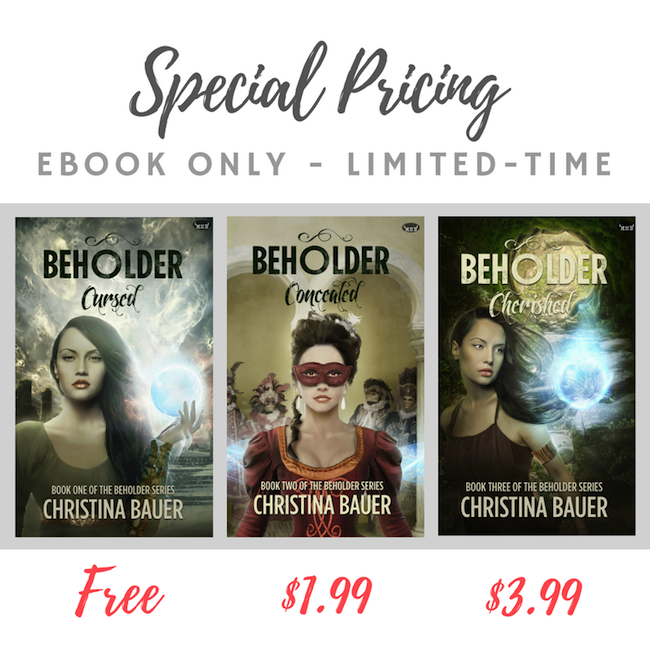 Christina Bauer knows how to tell stories about kick-ass women. In her best selling Angelbound series, the heroine is a part-demon girl who loves to fight in Purgatory’s Arena and falls in love with a part-angel prince. This young adult best seller has driven more than 500,000 ebook downloads and 9,000 reviews on Goodreads and retailers.