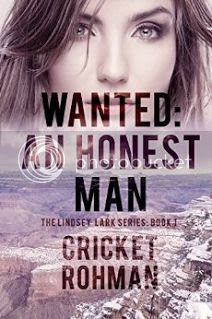 With a little mystery and a little romance, WANTED: AN HONEST MAN captures the bittersweet growth of a young woman trying to make sense of her turbulent life.
Lindsey, a beautiful, talented teacher is a fighter and a positive thinker, but after the man of her dreams betrays her, then steals her beloved dog, she struggles. Strange, threatening phone calls begin to haunt her. A stalker, perhaps? Though she doesn’t want to be alone, she isn’t ready to go looking for new love, but men find her anyway.
A handsome college student involved in some tricky human research gets into trouble in more ways than one. His inherent propensity to play detective, though helpful at times, seems to attract Murphy and his darned Law far too often … and now his eyes are on Lindsey. Will his heart follow?
Praise for Wanted: An Honest Man:
“Charming … unexpected … emotionally charged!” - Amylynn Bright, author of Finish What We Started 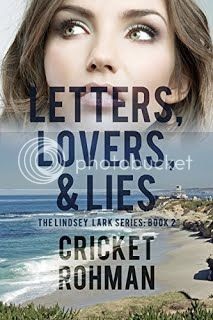 Romantic Mystery, Women's Romantic Fiction
Published: May 2016
Mysterious, romantic, and sprinkled with a few heartwarming students and a delightful dog, LETTERS, LOVERS, & LIES captures the importance of persistence and the power of love.
Jake and Lindsey are in love, but so much stands in their way. Letters from a dead man. Unwanted advances from a transgender acquaintance. Separation and jealousy. A few things in the couple’s favor? They are smart, multi-talented, and they love to laugh.
Lindsey Lark, keynote speaker, goes on tour while her boyfriend, Jake, writes a detective novel. Sounds simple enough, but a mystery soon dominates their lives when bizarre notices of her ex-husband’s funeral arrive. Foul play is suspected and murder is on someone’s mind.
Lad, a retired Secret Service agent, is Lindsey’s right-hand man for the duration of the tour. He’s handsome, he’s a man of few words, and, as the list of threats lengthens, he takes on the role of bodyguard, much to Jake’s dismay.
Praise for Letters, Lovers, and Lies:
“Cozy mystery lovers and romantic drama buffs will enjoy the twists and turns as Jake and Lindsey rush to solve their personal whodunit before it’s too late.” - John Reinhard Dizon, author of The Nightcrawler Series 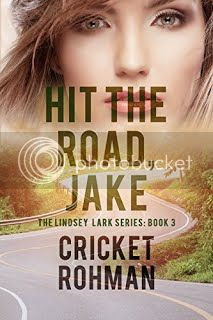 Romantic Mystery, Women's Romantic Fiction
Published: May 2016
Thrilling, romantic, and sprinkled with humor, HIT THE ROAD, JAKE! reinvents the ‘buddy movie’ concept with the written word … and a pretty woman.
Jake and Lindsey were good at tracking down offenders responsible for petty theft and blackmail, but when new mysteries turned personal—slashed tires, spattered blood, steamy love letters, a stolen pet, everything changed. Who was this enemy that secretly harassed them from town to town? Jake called in some favors and managed to finagle the DNA testing of several blood samples. The results were shocking, and the dangers they faced became deadly.
Practically newlyweds, the couple thought they’d created the perfect win-win plan. While traveling between Tucson and Estes Park in their RV, Jake would solve embarrassing mysteries that schools wished to keep under wraps, and Lindsey, being the ‘cover’ for their presence, would conduct workshops for teachers. Then all hell broke loose.
Praise for Hit the Road, Jake!
“Cricket Rohman really nails it! She gives her readers a ton of depth in both the story line and character development. A great, fun read!” - Lala Corriere, author of Bye Bye Bones: A Cassidy Clark Novel

No pillow talk or sweet words were uttered. Lost in our own tiny space on the planet, we were too breathless to speak. Then, another surprise . . . in one swift and masterful movement I found myself gazing up at Jake’s loving face, which was framed by pine tree branches and glimmers of sunshine. He’d made it to the top without skipping a beat or the rocking rhythm, and so we continued. Oh, the sounds of love. The heavy breathing, the not breathing, the moaning, the groaning . . . the groaning? The groaning wasn’t us.

I tapped Jake on his back and whispered, “Jake, I hear something.”

“Me, too, my forest nymph babe, and I’m loving what I’m hearing.”

“Then you are not hearing what I’m hearing.”

“It’s probably just another deer or . . . wait, I heard it. That was neither a deer nor a squirrel.”

That was no longer a funny word, still interesting to Wendell, but not funny to us. The groaning, the creaking, was like something from a monster movie and it was getting louder and closer. We noticed that the dog was sitting, staring specifically in one direction. He didn’t look terribly anxious, but he was, without a doubt, alert and listening to the noise, too.

Our magical moment was gone. We’d find it again some other day, but for now, we needed to get back to the safety of the RV. A low-pitched squeaking noise that reminded me of fingernails on a chalkboard (really big fingernails) joined forces with the groaning for a few seconds. The combination sent chills up my spine. Wendell’s bravery waned and he whimpered. He had no frame of reference to make sense of all this. Well, neither did we. If Jake or I had been sitting on the ground, Wendell would have suddenly transformed into a lap dog. No laps were available so he merely leaned up against me. I gave his ears a rub and a tickle, just the way he liked it. We were all feeling tense.

“Jake!” I didn’t need to yell, he was only a couple of feet away hurrying into his clothing, but I couldn’t help it. I wanted to run. With his pants now on, he was ready to comfort me and the dog before taking on the woodland monster. We knew the general direction the sounds were coming from, but still we saw nothing.

Then came the snapping, the splintering, the crashing. We stood paralyzed . . . it took a few seconds for us to comprehend the source of those sounds. The ground beneath us trembled with each impact. Boom! Thud! Thump! Then, it was over. What followed was an eerie, profound silence.

A dead, medium-sized pine tree had fallen in the forest and taken two smaller trees along with it. We all ran over to get a closer look at the phenomenon.

“You heard all that, right?” Jake had regained his sense of humor.

“Yes,” I answered, now able to smile, too. “Three trees fell in the forest and I heard them all.”

“But you know, we’re lucky that I selected that spot over there for our nap.” He pointed in the direction of our bed of pine needles. “Or this could have ended badly. We could have been killed.”

“But it didn’t. We’re still here, alive and well. And I am very thankful for that.” 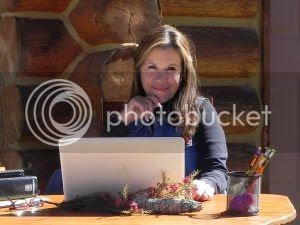 Cricket Rohman grew up in Estes Park, Colorado, and spent her formative years among deer, bobcats, coyotes and beautiful blue columbine. Today she is a full-time author writing about the great outdoors, teachers, dogs, love, laughter, and life’s little mysteries—think romantic suspense.
Prior to writing, Cricket's career path included the following adventures: actor, singer, audio/video producer, classroom teacher, school principal, and U of A, College of Education assistant professor. All of the above led the way to her first three novels, WANTED: AN HONEST MAN … LETTERS, LOVERS, & LIES … and HIT THE ROAD, JAKE!
All three books are works of fiction. REALLY! (Well, except the part about the dog; she really had a dog like Wendell, the mastiff, who appears in every book.)