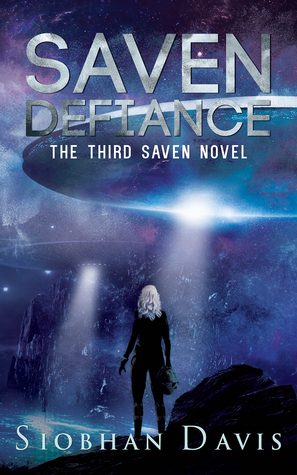 I’ve promised to protect those I love.
But someone is lying to me.
Will I discover the truth in time to save him?

With war looming in outer space and the Earthen government forced into hiding, the battle for ultimate world domination is only just beginning.

Having accepted her identity, Sadie sets out on a daring quest with her friends, which takes them deep into alien territory. Fraught with tension and danger, the journey is not an easy one, especially when previous adversaries become new allies and cherished friends become suspicious opponents.

As the heirs unite in a bid to restore peace to the galaxy, powerful enemies, determined to exact retribution,surround them on all sides. When hidden agendas and shocking revelations come to light, the fallout is massive.

Sadie’s love life is a tangled, messy affair. While one relationship is embraced forever, another spirals out of control, threatening to destroy everything. Determined to do the right thing, Sadie will fight hard to protect those she loves.

But there are some battles she cannot win.

Wow the last chapter or so revealed so much it left me completely mind blown!
I wouldn't expect any less from Siobhan Davis though, as this is completely and utterly her style :)

Sadie, Logan, and Axton are constantly in close proximity of one another so the tension in the air is always high. Add to it Haydn and his over-protectiveness of Logan (and his hostility towards Sadie) and you get plenty of drama in this instalment.

Sadie's character really grows as time goes on as she learns more about herself and she becomes more comfortable in her own skin. There's plenty of love and romance in this instalment and I cannot get enough of them!

There is also more violence and death in Saven Defiance compared to the other Saven books, so some parts were quite dark... This instalment is also full of action and is very fast-paced, with plenty of twists and turns that you simply cannot put this book down.

So much happened in the end with a lot of mind-blowing big reveals I fear there's plenty more to come! There's so much potential in the Saven series, I look forward to reading the rest!