Follow the tour and enter to #win a $20.00 Amazon GC and a box of 80’s themed candy goodness!
a Rafflecopter giveaway 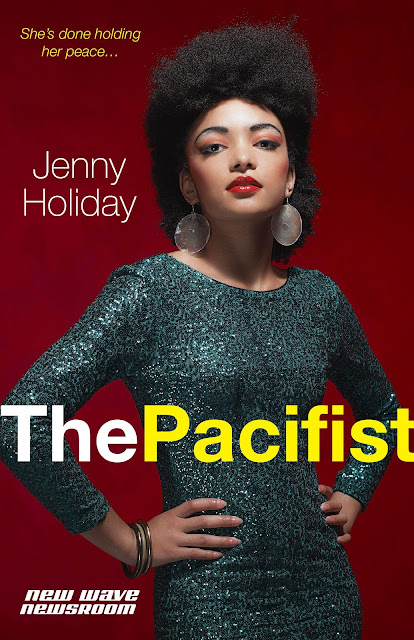 Laraline Reynolds has spent her entire life as a certified Good Girl. The perpetual peacemaker in her volatile, conservative family, Laraline promises herself that she'll spend her last year of grad school getting in touch with her inner rebel before she settles down and marries her family-approved long-distance boyfriend. But Laraline's Year of Fun quickly turns into something more complicated, and she finds herself at the forefront of a movement to change her college's sexual assault policy.

It's the Year of No Fun for Tony Bianchi. A fifth-year senior, he needs to graduate, so he's put a moratorium on his two favorite distractions: girls and photography. But when Laraline comes calling, needing some photos for her cause--and for her campaign for a seat on the college board of governors--Tony's resistance comes crashing down.

They both fall hard. But while Tony is ready to give it everything he's got, Laraline is afraid. She wasn't prepared for her one-year rebellion to lead her to the life she truly wants. In order to break free from her family, she'll need to do the scariest thing of all--follow her heart.

Excerpt:
“Tony, there’s someone here to see you.”
It was Beth calling through the door of the darkroom, though I had already recognized her knock. Beth was the editor of the Examiner and though she was a relentless newshound, she had a surprisingly tentative knock, at least compared to Jenny, her predecessor. Funny that I’d spent so much time in this darkroom over the years that I could distinguish between the knocks of my editors.
I wasn’t supposed to be here, working on the second issue of the year. I should have been in my apartment, getting a jump on my reading for the four classes I was taking this semester. I’d never successfully passed four classes in a semester before. If Jenny was still in charge around here, she would have kicked me out. Beth, who knew all about my self-imposed Semester of No Fun, had not. So, like a junkie in search of a fix, here I was, hunched over in the red-tinged darkness.
Beth’s knock was joined by another, more insistent one. More of a pounding, really. Definitely someone else.
The door shook. I moved quickly to shove the photo paper into its black plastic bag, lest my more aggressive visitor knock the door off the hinges and flood the room with light.
“Give me a sec!” Who could want to see me so urgently? My twin sister, Tanya, had graduated, as had Jenny and Dawn and most of my close friends who would know to find me here. That was part of the point. No friends left on campus meant no social temptation and should have made it easier to put my head down and plow through Introduction to Geology. (Yes, I had failed Rocks for Jocks the first time around.)
The pounding continued. “Hang on!” I double-checked that my paper was secure in its bag before closing the bag in its box. Then I swung open the door, blinking against the sudden brightness.
Blinking against the sudden beauty.
Because it was her. The girl from the picture. And, all warm medium-brown skin, flashing brown eyes, and scarlet-painted lips, she was gorgeous.
She was also not pleased.
“What the hell is this?” she yelled, waving a copy of Tuesday’s paper, which featured her courtyard kiss on the cover. The paper had an Overheard/Overseen on Campus section, and we sometimes ran a photo in it. Beth had, as I’d predicted, moved the feature to the front page and run my shot in color.
“Hey,” I said, flashing my trademark grin that was so popular with the ladies. Even though I wasn’t supposed to be deploying that grin this year, it might mitigate some of the tension rolling off this girl. “It’s nice to properly meet you. I’m Tony.”
I held out my hand for her to shake, but she  looked at it like I was offering her a handful of shit. So I did a lame stretching/fixing-my-hair thing to cover the fact that my overture had been rebuffed, which was stupid, because as pretty as she was, what did I care what this girl thought of me? It was the Semester of No Fun, right?
“Well, Tony,” she said, her voice having gone quiet, which was jarring after the yelling. It did something to me, hearing my name on her lips like that, all breathy and intimate. It made me comfortable and uncomfortable at the same time, which made no sense, but there it was. “How about we start with the fact that you have ruined my life.”
More books from the New Wave Newsroom!

Jenny Holiday started writing at age nine when her awesome fourth grade teacher gave her a notebook and told her to start writing some stories. That first batch featured mass murderers on the loose, alien invasions, and hauntings. (Looking back, she’s amazed no one sent her to a kid-shrink.) She’s been writing ever since. After a brief detour to get a PhD in geography, she worked as a professional writer, producing everything from speeches to magazine articles. More recently, her tastes having evolved from alien invasions to happily-ever-afters, she tried her hand at romance. A lifelong city-lover, she lives in Toronto, Canada, with her family. She is represented by Courtney Miller-Callihan of Greenburger Associates.
You can visit her online at the following places: Website| Facebook | Twitter| Goodreads | Amazon