Harlequin is offering one (1) lucky winner a $25 Amazon Gift Card! To enter, simply fill out the Rafflecopter below: 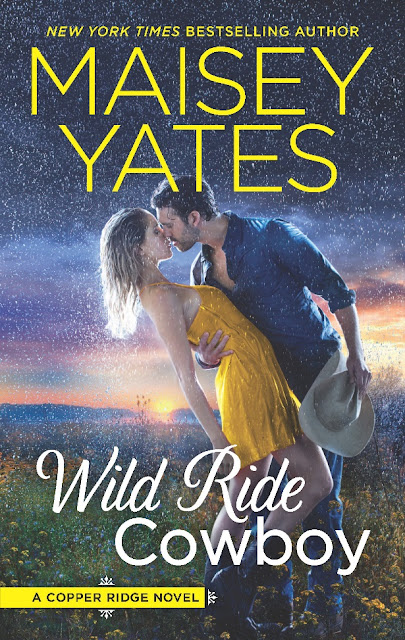 He's come back to Copper Ridge, Oregon, to keep a promise—even if it means losing his heart…

Putting down roots in Copper Ridge was never Alex Donnelly's intention. But if there's one thing the ex-military man knows, it's that life rarely unfolds as expected. If it did, his best friend and brother-in-arms would still be alive. And Alex wouldn't have inherited a ranch or responsibility for his late comrade's sister—a woman who, despite her inexperience, can bring tough-as-iron Alex to his knees.

Clara Campbell didn't ask for a hero to ride in and fix her ranch and her life. All she wants is the one thing stubborn, honorable Alex is reluctant to give: a chance to explore their intense chemistry. But Clara has a few lessons to teach him, too…about trusting his heart and his instincts, and letting love take him on the wildest adventure of all.

Reluctantly, she covered the coffee with a white to-go lid then turned to walk out the door. She didn’t make it very far, though, because she ran right into a brick wall.
Well, it wasn’t really a brick wall. It just felt like one. Large, hard and uncompromising. But breathing. Which brick walls definitely didn’t do.
“Clara Campbell. Fancy meeting you here.”
Clara blinked and stared up into Alex Donnelly’s forest-green eyes and felt a strange response that seemed to originate in her stomach and travel upward to her chest, where it twisted, hard and sharp.
After looking at Asher, his understated physique and much softer brown gaze, the sight of Alex was jarring. Too intense. Too masculine. Too a lot of things.
His dark hair wasn’t military short anymore. It was long enough to hang into his face. He pushed it back off his forehead and again, something twisted, low and deep inside of her.
And then it wasn’t only his features that seemed too sharp. It was seeing him at all. She had been studiously avoiding him ever since he had moved back to Copper Ridge. If ever she’d caught a glimpse of him out of the corner of her eye, she’d gone the other way.
The last time she’d seen him up close had been at Jason’s funeral.
Pain washed through her, canceling out all of the good Asher feelings from only a moment before.
No wonder she’d had such a strong, immediate response to the sight of Alex. The man was dragging a bunch of her baggage in with him. Another thing she liked about Asher. He was separate from her life. From her pain.
Alex was all wound up in it.
“Hi, Alex,” she said, clutching her coffee cup tight, the warmth bleeding through to her palms. Which she was grateful for at the moment since her stomach had gone ice-cold at the sight of him.
“I’ve been meaning to stop by,” he said.
“That’s really okay,” she said, and she meant it. More than okay. Jason’s death meant that she was alone. Both of her parents were already gone. They’d had children later in life, and when her mother had gotten sick, her father had done everything he could to make his wife comfortable as her health declined. She’d died when Clara was twelve. And there had been no amount of preparation that could soften the blow. No amount of expectedness that could have made it feel less like a giant, ugly hand had reached into their life and wrenched the beauty out of it, leaving nothing but a dark abyss. 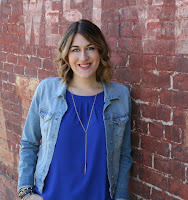 New York Times and USA Today Bestselling author Maisey Yates lives in rural Oregon with her three children and her husband, whose chiseled jaw and arresting features continue to make her swoon. She feels the epic trek she takes several times a day from her office to her coffee maker is a true example of her pioneer spirit. In 2009, at the age of twenty-three Maisey sold her first book.

Since then it’s been a whirlwind of sexy alpha males and happily ever afters, and she wouldn’t have it any other way. Maisey divides her writing time between dark, passionate category romances set just about everywhere on earth and light sexy contemporary romances set practically in her back yard.

She believes that she clearly has the best job in the world.