Star-crossed lover find each other after years apart, can they repair the pieces of their broken relationship for a second chance at love?
Follow the tour and enter to #win $100.00 Amazon Gift Card!
Enter at: https://www.rafflecopter.com/rafl/display/b050ef29364/? 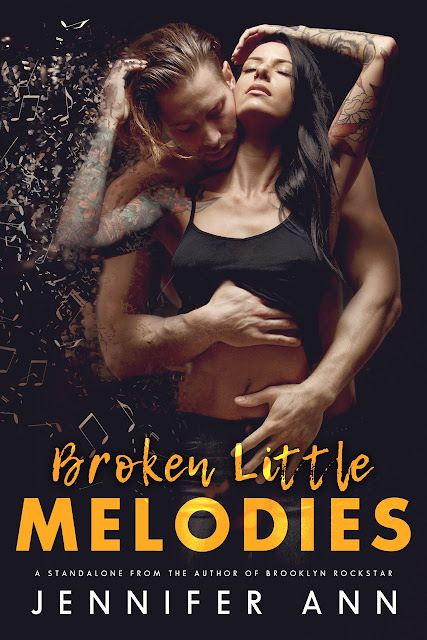 Deep among the Jeffrey Pines of Lake Tahoe, Isabelle Martin and Roman Stone find comfort in each other at a summer camp for musically gifted teens where their love grows stronger every year. But they couldn’t be more different. She’s an orphan from the West Coast running with the wild crowd, and he’s a rich kid from New York hiding the scars of an abusive home. When their worlds finally collide, the future they planned comes crashing down around them and Belle is forced to cut Roman from her life without any explanation.

Roman’s on top of the world. His successful rock band is preparing for their first headlining tour, but when he unexpectedly runs into Belle, old feelings for her come rushing back, and his new found bravado fails him.

Belle has learned that some things in life have the power to break your spirit, and trying to forget Roman has made her bitter—she’s merely a waitress headlining a bar-band, and he’s had everything handed to him on a silver platter. Seeing him again makes her question whether time can mend a broken heart.

Their struggles brought them together, and their differences tore them apart, but now that they’re together again, can they repair the broken pieces and get a second chance at love?


It wasn’t until after dinner when we were told to gather around the campfire that I caught sight of Roman again. Sitting in a chair far away from my bunkmates, my heart hammered in my chest when he came into the firelight. The way he swaggered ahead of a pack of loud boys, passing out high-fives and flashing a charming grin to the girls, made it seem he was the unofficial king of camp. His endearing personality seemed to win everyone over. The way the other guys watched him as if waiting for cues on when to laugh at his jokes, and when to plop down into the open chairs, they may as well have been on their knees, bowing to him. And the other girls became animated, passing him flirty looks while whispering to each other and giggling behind their hands.
A tall guy with deep dimples—I’d later discover he was Roman’s seventeen-year-old counselor—stepped out from the darkness. He leaned his head back and crooned in a strong baritone, “Good ev-en-ing, camp-ers!”
Everyone around me replied with the same enthusiastic greeting, their strong, united voices rising up like a prayer to the beautifully star-lit sky. I was grateful it was dark so no one could see me blushing. It wasn’t the first time I was the only one who didn’t know what to do, like when going the wrong way through the dinner line, or where to find the sheets to make my bed. No one was eager to help me out until our counselor arrived mere minutes before the evening sound off.
“All right! Sounds like you guys are raring to go tonight!” The guy rubbed his hands together, smiling. “As most of you probably already know, I’m Eric. Are there any newcomers here among us this summer?”
Bile rose in my throat when every one of my bunkmates swung their gaze in my direction. I tried making myself smaller, hoping no one would say anything. Then Roman’s pretty eyes found me over the flickering flames dividing us, and his wide lips curved with a bright, reassuring smile.
A little of my discomfort began to melt away until he called out, “Isabelle from Fresno!”
If there wasn’t a fire between us, I would’ve run over and punched him in the arm. When all eyes landed on me, I was sure I was going to pass out from embarrassment.
“Isabelle, we’re delighted to have you!” Eric shouted in my direction, holding his hands out like some kind of prophet. Although kind of strange, it was the warmest greeting I had received since stepping foot on Camp Oscines. “You’ve probably already heard a little bit about what we do at the nightly sound offs, but don’t be afraid to raise your hand if you have any questions. You don’t have to perform in front of this group until you feel comfortable, even if it takes all summer, although I’d like to think you’ll be ready long before then. Which voice part do you prefer?”
“Alto?” I squeaked out.
Eric clapped his hands together, making me jump a little. “Perfect! Holler if you need help picking up the alto part on any of the songs!”
I bit down on my lip, afraid I would burst out laughing. Eric was a hyper guy, and I wasn’t sure what to make of him. I happened to meet Roman’s gaze again over the flickering flames, and his lips quirked with a different kind of smile—one that felt special compared to the one he gave the girls earlier. It was slow and gentle, fueled by sincerity.
Eric spoke again, taking Roman’s attention from me. “Who wants to start us off on the solo round tonight?”
Roman jumped to his feet. “I’ll go.”
I was both impressed and taken back by his willingness to go first. His beautiful eyes disappeared behind closed lids as he cleared his throat and tipped his head backward. The second the first few hummed bars vibrated against his throat I knew exactly what he was doing before the lyrics fell from his lips.
My heart skidded to a stop as his gravelly voice sang Van Morrison’s “Brown Eyed Girl” in a rendition unlike anything I had heard before. The song was one of my aunt’s favorites, but this sounded like something entirely different from the CD she played non-stop. It was slow and moving, practically bringing tears to my eyes.
I tried to pretend it was a coincidence he chose that song, that he had rehearsed it all school year, knowing it’s what he wanted to sing before we even met, and that he wasn’t in any way trying to single me out. Then his eyelids flipped open on the chorus, fixating on me, and I melted into the Adirondack chair.
I suddenly understood the reason why his parents sent him across the country for the summer. The reason he was so popular among the campers, making all the girls giddy the minute he appeared: Roman didn’t just have a stunning voice. He was a born performer. The way his body twisted when his hands came out at his sides, the way his chin lifted when he hit the high notes—it was like watching a seasoned pop star in a music video. It was kind of cheesy, but it also somehow made him irresistibly cute.
A dizzying range of emotions washed over me, from embarrassment to flattery to paranoia that he was doing this as some kind of a joke. But once he was finished and comically bowed to the burst of applause before sitting, he once again gave me one of those special smiles that made me feel like I was the only girl in the entire world.
It was the first time I had swooned over a boy, with or without pretty eyes.
But it would be far from the last.

Jennifer Ann is the author of ten contemporary romance novels with complex love stories. Like her characters, she's in love with the city of New York, trips on airplanes or the back of her husband's Harley, and everything rock and roll. Sometimes you can catch her driving a tractor alongside her husband in southern Minnesota while trying to keep up with the madness of their four active children.
You can connect with her online at: Website | Facebook | Twitter | Amazon | BookBub | Goodreads