Today is my stop during the book blitz for the Myths & Legends Boxed Set. This is the fifth post during this tour. This book blitz is organized by Lola's Blog Tours.

I’m introducing a few of the participating authors and showcasing some of their books/back catalogue as well as including details of an awesome Facebook party where you can win tons of cool bookish stuff.

Myths & Legends is a compilation of 20 Full-Length Paranormal Romance and Urban Fantasy reads currently available to pre-order for only 99c, including works from New York Times, USA Today, Bestselling, and various Award-Winning authors! Details of how you can pre-order this special box set are included at the bottom of this post. First off, let’s meet some of these amazing authors!

Filled with the desire to write books she wouldn’t want her mama to know she read, much less wrote, Ever Coming was born.
Ever Coming is the pen name of an international best selling author who simply wanted some heat with her sweet romances. When she is not reading and writing romances, Ever is usually found enjoying time with her kids and husband.
You can learn more about Ever Coming on her website.


Check out her book Riding Her Unicorn! 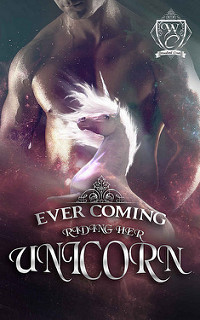 One broken Jaguar.
One sexy Unicorn.
A whole lot of yummy goodness.

Can a broken Jaguar and a smexy billionaire Unicorn have more than just a hot fling? 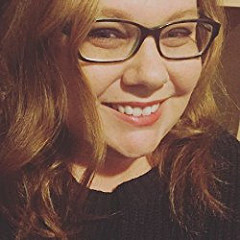 Sarah is the USA Today Bestselling Author of the Paranormal Southern Gothic series, The House of Crimson & Clover, born of her combined passion for New Orleans, family sagas, and the mysterious complexity of human nature. Her work has been described as rich, emotive, and highly dimensional.
You can learn more about Sarah M Cradit on her website.


Check out her book St. Charles at Dusk! 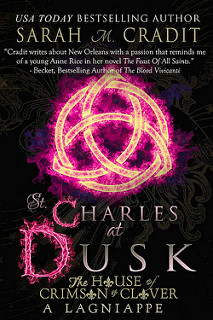 A father’s threats. A tragic accident. Unanswered questions. Oz Sullivan has finally moved past the tangled web surrounding his brief, but intense, relationship with the young, impetuous Adrienne Deschanel.

Then Adrienne unexpectedly emerges, with no memory of the life she once led. Her desperate attempt to flee the confusing and dark influences in the bayou instinctively propels her to the one face for which she has a name. Oz’s world is once again turned upside down, as he must decide how to help her without losing himself entirely. 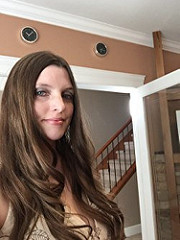 Rachael has explored forgotten temples in Cambodia, kissed the Blarney Stone in Ireland, and stood inside the Roman Coliseum. She loves studying people and cultures, current and ancient. Her appetite for romance began with Lucy Maud Montgomery's Anne of Green Gables, which she later nurtured with a healthy dose of Jane Austen.

As a writer of scorching hot fantasy romance, Rachael blends the lines between mythology, reality, and fantasy. In her worlds, you'll encounter strong, sexy alpha males and the capable women who challenge them. If her heroines can't meet their heroes toe-to-toe, then they'll bring them to their knees.
You can learn more about Rachael Slate on her website.


Check out her book Earth Borne! 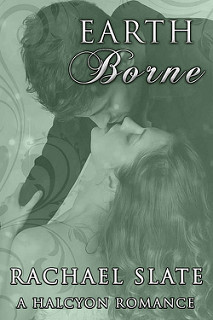 Melita's shadowed past holds a secret that could shatter the centuries-old peace between centaurs and Lapiths. But trusting her heart to Thereus isn't a risk Melita is willing to take twice, even though he swears he's now more wicked than wild. As her enemies close in on the truth, Melita and Thereus will have to choose between protecting her race...and saving his. 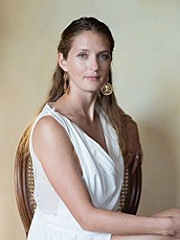 Olivia Wildenstein grew up in New York City, the daughter of a French father with a great sense of humor, and a Swedish mother whom she speaks to at least three times a day. She chose Brown University to complete her undergraduate studies and earned a bachelor’s in comparative literature. After designing jewelry for a few years, Wildenstein traded in her tools for a laptop computer and a very comfortable chair. This line of work made more sense, considering her college degree.
You can learn more about Olivia Wildenstein on her website. 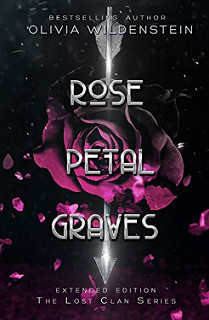 Founded two centuries ago by a powerful tribe of Gottwa Indians, Rowan was a quiet town, so quiet that I fled after graduation. Staying away was the plan, but Mom died suddenly.
Dad said she suffered a stroke after she dug up one of the ancient graves in our backyard, which happens to be the town cemetery. Creepy, I know. Creepier still, there was no corpse inside the old coffin, only fresh rose petals.
As we made preparations for Mom’s burial, new people began arriving in Rowan, unnervingly handsome and odd people. I begged them to leave, but they stayed, because their enemies—my ancestors—were beginning to awaken. 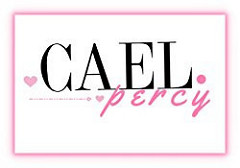 Cael Percy is a #1 Bestselling Romance Author. Her Time Travel Romance Novel, Starlark, reached #1 in multiple categories. When she's not binge-watching boxsets on Netflix, Cael spends her time dreaming up her next book's plotlines - ones all guaranteed to involve: hot, possessive, alpha-men and the captivating women that drive them wild, ensuring that all of Cael’s books are electrifying page-turners that will hold your attention from beginning to end...
You can learn more about Cael Percy on her website.


Check out her book Starlark! 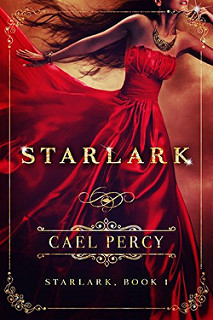 On the morning of her wedding, Roma awakens to find that a 21st-century eclipse has swept her through time and space to medieval Ireland—a land bedevilled with strife, conflict and danger at every possible turn.

Soon caught up in an intricate spider’s web of political intrigue, Roma is forced to ally herself and marry a man she passionately hates—a cocky, rugged, silver-tongued Irish warrior—and the only man who can protect her from the dark forces at work on the Emerald Isle… 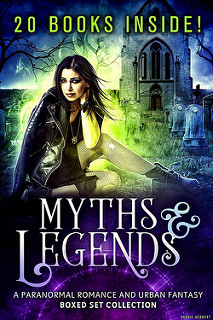 Join the Myths & Legends Facebook Party and have a chance to win tons of cool stuff and meet some fab new authors! Join the Facebook party here.

Giveaway
During the book blitz for Myths & Legends there’s a tour wide giveaway! These are the prizes you can win:
- 5 Myths & Legends Boxsets
- 3 $10 Amazon Gift Cards
- Various signed paperbacks by the participating authors