Follow the tour and enter to #win a $20.00 Amazon GC and a 1980’s mixed tape CD!
Make sure to watch for book three coming this fall! Entries from all tours will be eligible for an additional grand prize! 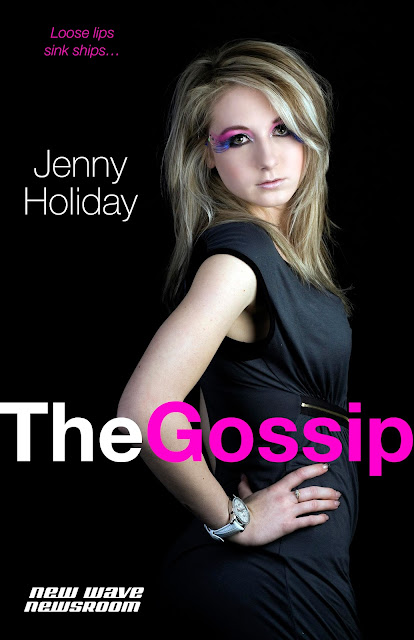 Dawn Hathaway is a realist. She’s not the smartest girl at Allenhurst College. She’s not the prettiest, either. So if she wants to be popular, she’ll need something else: power. What better way to get it than to start a gossip column in the campus newspaper? If she has to commit a few minor crimes in pursuit of the latest scoop, what’s the harm?

Arturo Perez loves being a campus cop. He knows Allenhurst’s nooks and crannies—and lately he’s been finding the campus gossip snooping into every one of them. He can’t deny that he enjoys bantering with the sassy schemer. But he also can’t shake the sense that there’s more going on with Dawn than meets the eye.

When tragedy strikes and Dawn needs help, how far will Art go to protect her?

Available at: Amazon | Barnes & Noble | Kobo | iBooks
Excerpt:
“You aren’t going to call my parents, are you?” Never mind that I only had one, and that Daddy finding out I was drinking probably wouldn’t even rate a phone call from him. I stuck out my lower lip and tried to make it quiver, not enough that I could be accused of purposeful manipulation, but enough—I hoped—that I was communicating some remorse.
“Nope,” said Officer Perez, totally unaffected by my emotional display. “You’re eighteen. Welcome to adulthood.”
“Welcome to adulthood, yet I’m not allowed to buy alcohol?”
“That is correct.” He handed my ID to the cop next to him, and that cop flipped open a little notepad and started writing on it.
“You’re a campus cop,” I said, letting my gaze rake over Perez’s belt. It held a baton and handcuffs and a few other things I didn’t recognize, but no gun. The other guy had a gun.
He glanced at the patch on his right biceps that read ALLENHURST COLLEGE PD. It was stretched taut over the muscle. “And you have a talent for stating the obvious.”
“Do you even have jurisdiction here? Because we’re not actually on campus.” We were a mere two blocks from it, but still. If he wasn’t going to respond to my remorseful-little-girl act, maybe I could wiggle out through a procedural loophole.
“That’s why this guy”—he jerked his thumb at the colleague I’d come to think of as Good Cop—“is writing your ticket.”
“Teamwork,” Good Cop said, smiling as he ripped off the ticket and held it out to me. “Allenhurst PD at your service, miss.”
“Oh, so you need a real cop to close your deals.” I was being a brat for no reason now, but I hated the fact that this big guy, this big gunless guy, could just step in and ruin everything.
The big gunless guy in question took a step toward me. God, he was big. Maybe he didn’t need a gun because of those tree-trunk arms. They looked like they were more than sufficient to take on any villain. “Perhaps you’d prefer that instead of issuing you that fifty-dollar possession ticket, I have my ‘real cop’ friend here arrest you,” he said. “And hey, while we’re at it, we’ll get your friends for furnishing alcohol to a minor.”
“You can’t do that!”
He took another step, leaving only a few inches between us. My eyes were level with the middle of his chest, so I had to crank my neck back to maintain eye contact. He was probably doing it on purpose, trying to intimidate me and compensate for his lack of a gun.
He smirked. “Perhaps you’d care to add resisting arrest?”
More books from the New Wave Newsroom this fall!

Thank you for hosting, Fiona!