There’s no such thing as a lost cause.

Follow the tour and enter to #win a $20.00 Amazon GC and 1980’s themed adult coloring book!
Make sure to watch for books two and three coming this fall! Entries from all tours will be eligible for an additional grand prize! 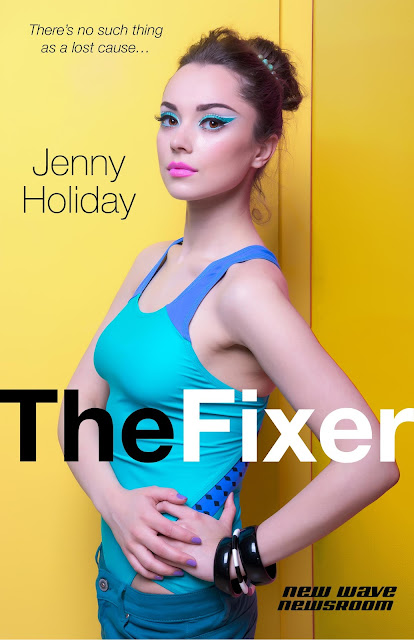 Jenny Fields is a crusader. The editor of her college newspaper, she never met a cause she couldn’t get behind. So when the administration announces it’s tearing down the historic art building, she’s on the case All she needs to do is get Matthew Townsend, the art department’s boy wonder, on board. They say he his talent is unbounded. It turns out so is his ego.

Matthew Townsend cares about art. And that’s pretty much it. If he has a reputation for being moody and aloof, that suits him just fine. He doesn’t have a family worth speaking of, and as a scholarship student, he can’t afford to goof off like the preppy rich kids at his school. He certainly doesn’t care about the art building. Or about the relentlessly perky Jenny, who looks like she was barfed up by Rainbow Brite. What will it take to the preternaturally cheerful girl with the massive savior complex to leave him alone?

Excerpt:
“So what can I do for you, Rainbow Brite?”
“Jenny. My name is Jenny.”
I nodded, folded my second slice of pizza in half, and shoved it in my mouth.
“I’m trying to save this building,” she said, looking around the run-down studio. When I didn’t say anything, just kept eating, she added, “You’ve probably seen the editorials in the paper?”
“Nope.”
“Or maybe you heard about the sit-in we staged?”
I shook my head.
She opened her mouth, then shut it again, as if she’d thought better about what she’d been planning to say. Her forehead furrowed so deeply above her light brown eyes that she almost looked like a cartoon. Befuddlement was actually kind of cute on her. I would have laughed if my mouth hadn’t been full.
“Well, anyway, I’m trying to get the administration to reverse its decision to tear down this building.”
I had heard about that. It wasn’t happening until the summer, and I’d be gone by then, assuming I passed the goddamn senior portfolio. “You want some?” I nodded at the pizza, realizing that since I’d finished half of it in about thirty seconds, I should probably offer her some.
“It’s a gorgeous old building.” She was clearly trying to engage me in conversation about the doomed structure.
“It’s also poorly lit and falling apart, and the ventilation sucks,” I said, partly to be contrary but partly because it was the truth. “You’re lucky I’m not working in oils, or you’d be halfway to passing out.”
“So you don’t care that this Gothic Revival masterpiece, the second-oldest building on our campus, is going to be thrown away as if it was no more than a piece of garbage?”
I helped myself to another slice—damn, that was good pizza. “That is correct.”
“So you won’t help me?”
“Help you what?”
“Save the art building.”
“That would be a no.”
She stood then—finally—her glossy pink lips pursed. She was pissed. I tried not to laugh but wasn’t quite successful. I couldn’t help it. The juxtaposition between the righteous rage and the innocent, brightly hued girl who was its source was too funny.
But I didn’t have time for funny. I didn’t have time for anything. My eyes were on the prize: graduation and then a place in Boston, where I could start showing my stuff to gallery owners or find someone who would take me on as an artist’s assistant. Or, hell, get a job flipping goddamned burgers while I looked for something better. But to do that, I needed to finish school. And to do that, I needed to maintain my focus. “Well, it’s been great chatting with you, Rainbow Brite, but I need to—”
“Everyone says you’re an artistic genius.”
It was true. But that was because everyone was blind. I would admit I had some talent, and when I arrived at Allenhurst, I might have embraced the “genius” moniker. I’d been eighteen and full of confidence. The next four years had been about having that confidence undermined as I learned about everything I didn’t know. Being self-taught before I got here meant I had zero technique and knew shit-all about the great artists of the past. Look at the painting that was currently kicking my ass, for example. I was being defeated by a goddamned phone cord. But Jenny didn’t need to know about my self-doubts. It was easier to play the part. Hopefully doing so would help me get rid of her. “Genius is such a strong word,” I drawled. “But I guess all my fans can’t be wrong.”


More books from the New Wave Newsroom coming this fall!

The Fixer is set in the 1980's and Jenny Fields is a Senior in College. She's a Fixer by nature - she's always trying to fix anything and everything around her, including the Art Building on campus that is being torn down soon.

Matthew Townsend is an art prodigy at the same College as Jenny. He's an arrogant loner who doesn't have a care in the world except his senior portfolio. Jenny sought his help to save the Art Building but he doesn't care about it at all. Jenny was very persistent and they developed a kind of relationship in that way.

I really loved reading about Jenny and Matthew - they are such a sweet sweet couple. Overall, I really enjoyed The Fixer by Jenny Holiday and I would not hesitate to pick up more of her books in the future.
Author Bio:

Sept 14th
WTF Are You Reading? - Review
A Page to Turn Reviews - Spotlight
Never Too Many To Read – Guest Post
Those Crazy Book Chicks - Spotlight