A small town, contemporary/erotic romance novel that is sure to make you want a cold shower! 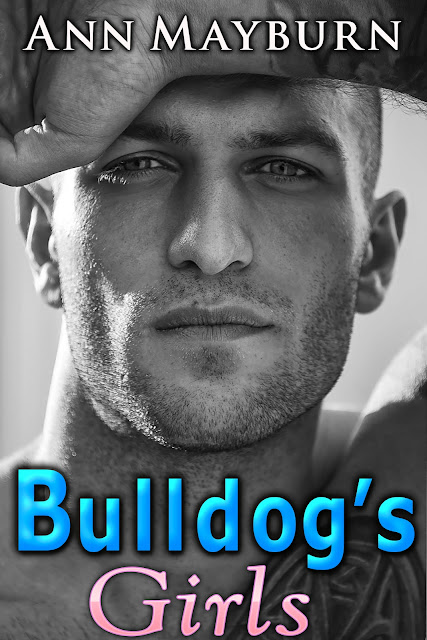 Visit one of the following blogs on July 14th to see the sultry cover for Ann Mayburn's upcoming release for BULLDOG'S GIRLS:


Amaya gave up everything to protect her daughter, Peyton, but it wasn't enough and a sadistic enemy she thought was dead is tormenting her from beyond the grave. In a desperate attempt to keep her daughter safe, Amaya flees to the small Michigan Beach town of Green Haven where she meets Paul McKay, a retired football player and her new neighbor. Paul, known around town as Bulldog, finds himself drawn to the sassy, beautiful young woman and her adorable little girl, yet is puzzled why a woman who is as attracted to him as he is to her constantly pushes him away. When he finds out about the evil hunting Amaya and Peyton he vows that he will do anything to keep them safe, even if it means sacrificing his own life in the process.


Be sure to follow Ann Mayburn on social media and visit her website to keep up to date as more information is released about Bulldog’s Girls!

With over forty published books, Ann is Queen of the Castle to her husband and three sons in the mountains of West Virginia. In her past lives she's been an Import Broker, a Communications Specialist, a US Navy Civilian Contractor, a Bartender/Waitress, and an actor at the Michigan Renaissance Festival. She also spent a summer touring with the Grateful Dead-though she will deny to her children that it ever happened.

From a young Ann has had a love affair with books would read everything she could get her hands on. As Ann grew older, and her hormones kicked in, she discovered bodice ripping Fabio-esque romance novels. They were great at first, but she soon grew tired of the endless stories with a big wonderful emotional buildup to really short and crappy sex. Never a big fan of purple prose, throbbing spears of fleshy pleasure and wet honey pots make her giggle, she sought out books that gave the sex scenes in the story just as muchd etail and plot as everything else-without using cringe worthy euphemisms. This led her to the wonderful world of Erotic Romance, and she's never looked back.

Now Ann spends her days trying to tune out cartoons playing in the background to get into her 'sexy space' and has accepted that her Muse has a severe case of ADD.

Ann loves to talk with her fans, as long as they realize she's weird, and that sarcasm doesn't translate well via text.
Posted by Fiona at 12:30:00