Protecting her is his job…whether she wants him to or not.

Out now! – His Undercover Princess (Tempt Me #1) by Avery Flynn

Follow the tour and enter to #win a grand prize $50.00 gift card to Amazon or runner-up prizes including 5 awesome Avery Flynn swag packs.

Follow the release week tour and enter to win! 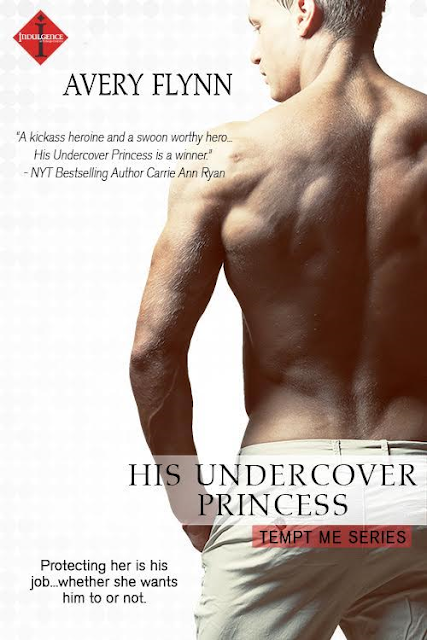 Blurb: Stylist Elle Olsen lives in fear of someone discovering her secret identity as Princess Eloise. But the men who killed her entire family in a bloody coup have done just that and now they’re coming for her. All Elle wants is to disappear into anonymity again, but the panty-melting billionaire who kidnaps her isn’t about to let that happen.

On the society pages, smoking hot financier Dominick Rasmussen is one of the world’s most eligible bachelors, but there’s more to him than meets the eye. As a secret resistance fighter, his one goal is to get Princess Eloise on the throne and restore the monarchy. The biggest problem? His stubborn and sexy undercover princess has no interest in ever wearing a tiara again.

Their goals couldn’t be more opposed, but neither Dom nor Elle can deny the attraction bringing them closer together. As the stakes rise and danger increases, they are forced to choose between love and country… 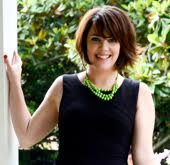 About Avery Flynn:
Award-winning romance author Avery Flynn has three slightly-wild children, loves a hockey-addicted husband and is desperately hoping someone invents the coffee IV drip. Avery was a reader before she was a writer and hopes to always be both. She loves to write about smartass alpha heroes who are as good with a quip as they are with their *ahem* other God-given talents. Her heroines are feisty, fierce and fantastic. Brainy and brave, these ladies know how to stand on their own two feet and knock the bad guys off theirs.

The rest of the sentence was smothered by the white cotton cloth he held in his free hand and forced against her nose and mouth. Shock froze Elle to the spot. She couldn’t blink. She couldn’t breathe. All she could do was feel the banging of her heart as panic sent it into overdrive. The people who killed her family had found her.

“This is for your own good,” he said as he looked down at her. “I couldn’t take the chance you’d fight me, and there isn’t time to explain.”

Too damn bad for him, because her fight-or-flight response zinged into action. Whatever was in the cloth, she didn’t want to breathe it in. Adrenaline clawed at her, demanding life-giving oxygen, but she refused to give in. They might have murdered everyone she loved and sent her into hiding, but she wouldn’t go down without a fight. She grabbed his arms, yanking and stabbing her nails into the sliver of his wrists not covered by his shirt. He didn’t flinch.

Dom kept his cold gaze on her, a icy determination making them even bluer somehow. “Just relax and breathe.”

Fat fucking chance. Holding on to his forearms for leverage, she slammed her knee upward, aiming for his most vulnerable spot. He deflected the move with an ease of a natural athlete or a man trained to do whatever it took to force the world to do his bidding.

She fought against him, kicking and hitting, but he kept the cloth pressed against her nose and mouth. Her lungs burned with the effort not to breathe as she struggled in his iron grasp, but it didn’t do her any good. Blackness ate around the edges of her vision, the lack of oxygen taking its toll. She didn’t have long before she’d pass out, with or without the help of whatever chemical was in the cloth.

Ten years. She’d made it a decade without anyone finding her, without her secret coming out. Foolishly, she’d thought she was finally safe. Now she’d pay the price for a crown she’d never worn and a kingdom she’d never ruled. Dom pulled her close to his hard chest so she wouldn’t fall to the cold marble floor, holding her tight but without cruelty. No doubt that would come later.

“Everything is going to be okay, Princess Eloise,” he whispered against her ear. “I promise.”

But it wouldn’t. She knew better than to ever trust a man who promised happy endings in the middle of a kidnapping.

This was hot hot hot!

His Undercover Princess by Avery Flynn features Elle, a princess in disguise, and Dom the billionaire with a secret agenda.

Elle has been in hiding ever since his father, the King of Elskov has been assassinated. Dom is part of the Resistance that's fighting to bring Elle back to the throne.

The first time Elle meet Dom there's no mistaking the attraction and sexual tension between them. They can't keep their eyes and hands off of each other. One thing leads to another and there's loads of hot steamy sex that you cannot get enough of!

I love the way the characters are portrayed by the author and all those hot steamy scenes! I just cannot get enough of Elle and Dom!